For Part One that tells the story that guides the following reflection.

Leading up to my time at Restoration, I believed in a very particular vision of Christianity – a vision that is not fundamentally incorrect, but is reductive of the gospel’s entire message. What it meant to be a Christian, for me, was to think rightly about God and to serve him in an extravagant, according to the Christian subculture, way. 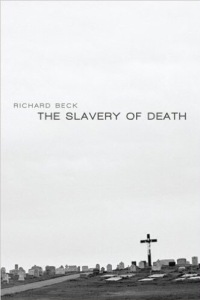 Richard Beck, in his fantastic book, The Slavery of Death, describes these tunnel visions by using Ernest Becker’s notion of hero systems.

According to Becker and Beck, a hero system is a system set up by a culture or institution that, when a person strives to accomplish its plan, are able to find meaning and significance in their life. When you engage with these systems within a particular culture, your ability to execute the system’s plan well renders you a successful person within that society. The desire to be successful, to have the people within your culture view your life as significant, builds your self-esteem. The whimsy of self-esteem, then, masks the stains of death which are really pushing you to live a life of significance. The weight of death on our very being is so heavy, Beck says,

“This experiential burden threatens madness or despair. How do we make life ‘count’ in the face of death? Here is where the cultural hero systems step in to provide paths toward death transcendence – a means towards a symbolic (or literal) immortality. Life achieves significance and meaning when we participate in these ‘greater’ goods that can transcend our finite existence.”

Culture and its institutions – religious, political, or corporate – say, “This is what it means to live the good life. Go,” and we follow along, no matter the cost. In gaining our significance through these avenues, we are pursuing what Beck refers to as our “neurotic anxiety.” We become slaves to death by trying to cover death up with our unrelenting, neurotic pursuit of the cultural hero systems which produce an arbitrary significance.

Now, the fruit produced by these hero systems is often good. To have meaning in life is a worthy and noble thing. To transcend death, even, is a natural impulse because death is inherently evil. But, when these cultural hero systems shape your very identity, even if they are hero systems created by the institution of the church, you begin to conflate your essential identity as one of God’s beloved children with an identity derived from your actions and seen as significant from men.

Beck, by synthesizing the work of William Stringfellow and Walter Wink, claims that by finding our identity within the hero systems of the world, we are, in fact, possessed by the influences of the “principalities and powers” discussed in the scriptures. According to William Stringfellow, the principalities and powers “include all institutions, all ideologies, all images, all movements, all causes, all corporations, all bureaucracies, all traditions [denominations], all methods and routines, all conglomerates, all races, all nations, all idols.”

The principalities and powers are fighting for our allegiance, and by succumbing – almost always willingly – to their hero systems, Beck believes, “the institution threatens to ‘dominate, usurp, or take a person’s time, attention, abilities, and effort’…Thus, by attaching myself to this institution – by making its life, mission, and values my life, mission, and values – I can obtain a sort of immortality, a sense that what I did with my life will last and endure” because “the institution seems more durable in the face of death.”

The institution supplants and replaces my identity with its very own identity. Sadly, sometimes this is even done in the name of Christ. If you follow x, y, and z within our church structure, you will receive the fullness of faith. In other words, if you submit to our very specific hero system, you will receive the identity of our community, and you will have significance and meaning in the face of death – and this is also the identity that Christ wants you to have!

Beck: “Yes, the principalities and powers offer us a route to success, self-esteem, and significance in exchange for a life of service. But this service is revealed to be idolatrous – a service rendered to death and aimed only at helping the institution survive.”

Stringfellow: “Everything else must finally be sacrificed to the cause of preserving the institution, and it is demanded of everyone who lives within its sphere of influence – officers, executives, employees, members, customers, and students – that they commit themselves to the service of that end, the survival of the institution…This relentless demand of the institutional power is often presented in benign forms to a person under the guise that the bondage to the institution benefits the person in some way, but that does not make the demand any less dehumanizing…It is an invitation to bondage.”

At the root of this sacrifice to the principalities and powers of the world – the institutions which call for us to participate in their hero systems – is our bondage to the fear of death. These institutions will survive long after us, so if we can find meaning and value within them, if we sacrifice our essential identity in order for them to survive, we can somehow transcend our death and live, theoretically forever, within the confines of the immortal institution we are bound to.

This finally brings us back to our question. What possessed Jed to tell me not to serve at his church plant desperate for volunteers?

The very institution Jed is a part of, the very institution God had tasked him to build within the Anglican construct, had no power over him. The “success” of the church had no sway over him, for the church was not his, but God’s. The large, booming institutions crowding around his doorstep with the magnetic sway of the mall’s Cinnabon had no influence over him. His identity was not shaped by a particular and popular Christian culture pervasive in the south. He didn’t fear the death of the institution he built. He didn’t fear the death of his vocation. He didn’t fear his own death. Instead, he trusted God in his endeavor. His identity was found in Christ – an identity which casted out all fear and allowed him to love me, the individual, so that I could also find my identity in Christ and Christ alone, and not the identity of Restoration the Anglican church.

When we no longer allow ourselves to find our identity within the hero systems of the insitutions we assent to, when we are no longer slaves to death and let its fear control and guide us into finding our meaning within these institutions, Stringfellow says

“Then and thereafter we are free from the most elementary and universal bondage of humanity: the struggle to maintain and preserve, whatever the cost, our own existence against that of all others. Then and thereafter are we free to give our present life away, since our life is secure in the life of God.”

May we be secure in the life of God, secure in our identity of being his beloved, and empty our lives out for the sake of others – even if the culture or Christian culture’s version of success is at stake. May we truly believe that Christ has conquered death by his love and has empowered us to love – even in the face of our fears.

Just as Jed did for me…

One thought on “Part Two — The Slavery of Death: Identity in Christ”