How is this life to be lived in this fallen world, with all its dangers and temptations, if grace is taken to be the standard of the virtuous life? — Marilynne Robinson, “Grace.” 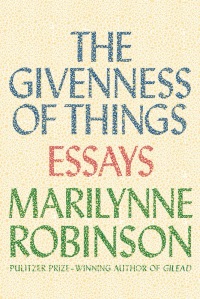 *Cough* *Cough* My brother slouched down low in his brown, leather couch. The overhead light of his small living room splashed to all the corners, pushing back the rain-soaked dreariness which poked through the curtains draped over the windows. The bend of his elbow jostled against his bearded chin as the phlegm attempted to escape his mouth; my parents and I looked at each other.

“We don’t have to go,” I said in a slightly raised voice, trying to overwhelm the muffled sound of the body which seemed to fade more and more into the obscurity of the couch.

“No, we can go. I will be ok,” my brother said with all the muster he had remaining.

To be honest, I didn’t want to go. A few days before Thanksgiving my parents asked me to sign the family up to serve a Turkey Day meal to the local refugee community through an organization my church partners with. We participated in the event last year, but because of my present internal and external chaos, I purposefully withheld this year’s details from my family, so we wouldn’t have to go. My faithful parents, though, foiled my plan.

I took a deep breath. My anxious heart fluttered, and I sunk deep into my chair. 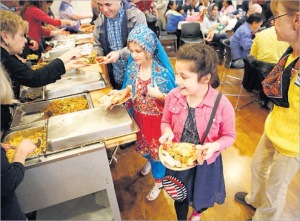 My literary hero, Marilynne Robinson, recently released a collection of essays titled, The Givenness of Things. In her essay, “Grace,” Robinson examines a few of Shakespeare’s later plays. Taking into account his historical context, what strikes her is, that within the religious turmoil of Elizabethan England (We are Catholic! No, Protestant! Anglican!), Shakespeare enters the tension of his time and resolves it without drawing lines or taking sides. Instead, in the seemingly tragic moments of The Tempest and Hamlet, he emphasizes the essential quality of Christianity — grace — in order to reveal the common reality which transcends any harsh boundaries man draws.

Shakespeare gives grace a scale and aesthetic power, and a structural importance, that reach toward a greater sufficiency of expression — not a definition or a demonstration of grace or even an objective correlative for it, but the imitation of a great reality of another order, which pervades human experience, even manifests itself in human actions and relations, yet is always purely itself.

Robinson claims Prospero’s unwonted forgiveness of his treacherous brother, Antonio, in The Tempest, manifests the power of grace in the physical world made familiar by God’s work through Christ. Because this forgiveness mirrors the forgiveness granted to man, the image of Prospero is intended to pervade the darkness of our souls and infuse us with a particular way of enacting grace in the world — a grace flowing from the cross and into the world.

This ability for man to enact grace through forgiveness extends past the mere action or words of forgiveness. The very essence of forgiveness is found in a person’s ability to evaluate someone based upon a criteria other than the way they move about the world in relation to the evaluator. In other words, they see people as a good creation (in spite of their actions), valued and loved by the Beloved and, henceforth, worthy of being valued and loved by man no matter the situation.

Why, then, in moments of crisis and pain, do we forget the grace we experienced in Christ, and the testimony of the saints from life and literature, when we have opportunities to show grace to those who don’t seem to deserve it? Why do we allow fear, self-preservation, and ideology to guide our responses to micro and macro examples of evil?

Iris Murdoch, in her essay “Idea of Perfection,” tries to determine what causes man to act morally and immorally. After deconstructing different points of view, she concludes that the “idea of attention, or looking” determines the way man acts:

[Man] can only choose within the world [he] can see, in the moral sense of ‘see’ which implies that clear vision is a result of moral imagination and moral effort…One is often compelled by what one can see…But if we consider what the work of attention is like, how continuously it goes on, and how imperceptibly it builds up structures of value round about us, we shall not be surprised that at crucial moments of choice most of the business of choosing is already over.

I think Iris would say to me — Well, Justin, where do you cast your gaze? If looking rightly at virtue shapes a subconscious response to moments of decision, then, in some way or another, what you are giving your attention to is insufficient.

Ok, Iris, I hear you. My self-indulging lifestyle may be missing the mark. Maybe. But, Iris, what do I give my attention to? Is it as simple as 30 minutes a day of prayer and scripture reading? Or is there a holistic, wholesale way of encountering the world which shapes the way I see and attend and act in this world?

Going back to Robinson’s question at the beginning of the post, How is this life to be lived in this fallen world, with all its dangers and temptations, if grace is taken to be the standard of the virtuous life?, maybe the way to participate in this grace is to attend to the world in a specific way — a way which doesn’t mask the reality of the world’s pain and suffering, but transforms it by actually following Jesus’s call to pick up the cross. Maybe, to be able to do this, one must seek joy.

Since joy has a moral dimension, joy can be an obligation…we have significant control over how we construe a situation and whether we are properly attentive to these unowed goods. The command to rejoice presupposes a belief that objectively a given situation ought rightly be construed as good. Absence of joy can then amount to an untruthful rendering of that situation…[joy] simply delights in and celebrates the good that is and proclaims, implicitly, that it is good for that good to continue to be. — Miroslav Volf.

To pursue joy attunes our lives to the good in all things and people; it cultivates a virtuous life, and spurs us on to love and good deeds among those who are the hardest love. The long, sometimes arduous, process of seeing the good compels us to struggle off the couch and provide grace — even to refugees

One thought on “Attending to Joy”